Hosscars 2021 are proudly sponsored by:

The Voting Period has opened! Vote once a day to help your pick make it to the final round!

Learn more about the nominees by scrolling down past the voting box.

Login required to limit voting to once per day, however, you will only be contacted in the future if you opt in to be included in communications. Your email address will not be shared with any other affiliates or third parties.

One lucky voter will win a swag bag! Every vote counts towards the random draw. 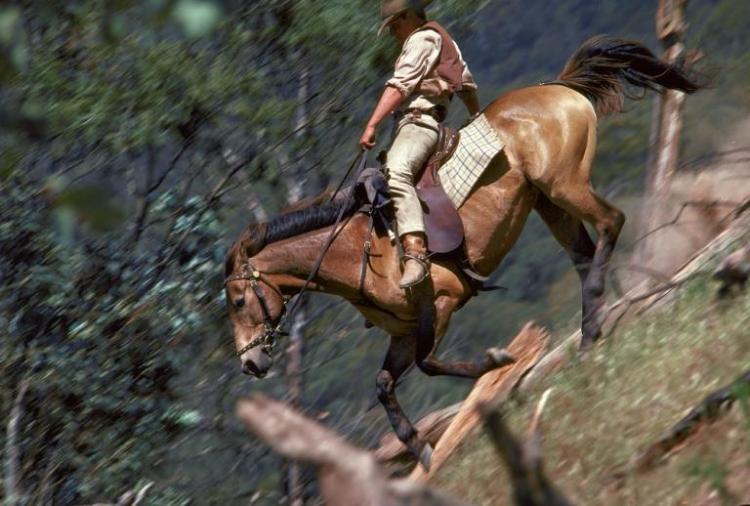 Denny – The Man From Snowy River

The Man From Snowy River was an amazing movie for the romantics and horse fanatics around the world.  The scene most remembered and repeatedly shared is the EPIC ‘Jim’s Ride’ clip starring Denny and Tom Burlinson.  Denny was a sure-footed mount that not only trusted Tom enough to film this amazing scene, but took every step in stride without the slightest falter or hesitation. Side note – Tom was NOT an experienced rider… I think after this ‘one-take shot’ we might be able to raise his experience cred! 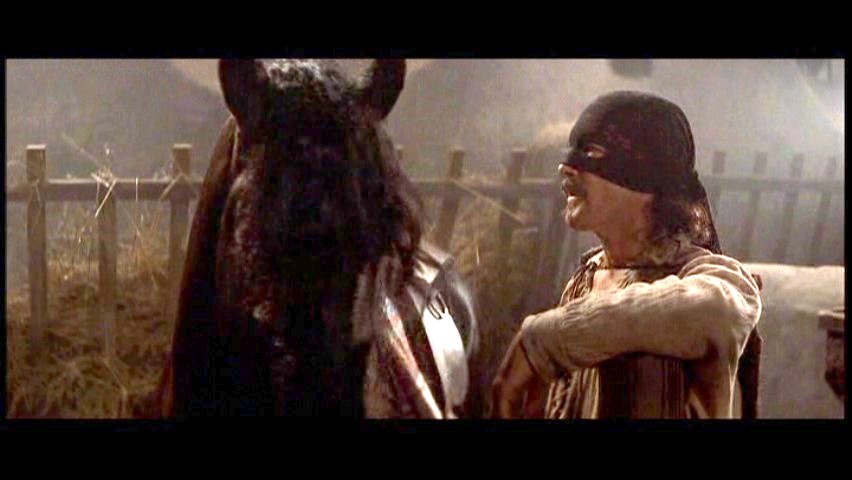 Tornado – The Mask of Zorro

There have been many Tornados throughout the years. I remember when Zorro was a Disney series! I could watch and re-watch EVERY Zorro tv show and movie ever made… and any more that may be made in the future!

Casey was the primary horse playing the part of Tornado in the Mask of Zorro. Casey’s talents were able to shine in this stunt filled, action packed movie. Casey’s co-stars included superstars Antonio Banderas, Anthony Hopkins and Catherine Zeta Jones. 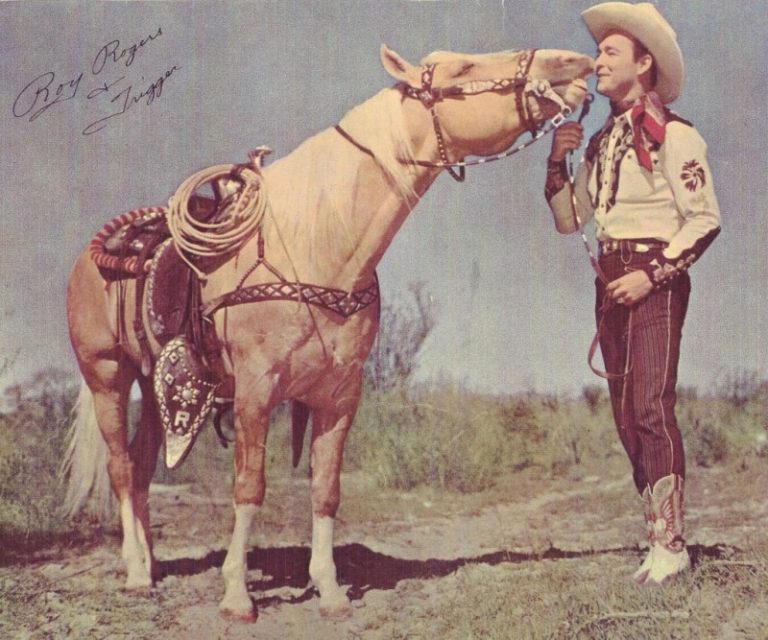 For those of us that grew up on old westerns, Trigger and Roy Rogers were likely 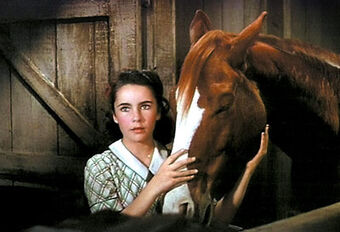 King Charles was cast to play The Pie, Elizabeth Taylor’s athletic steeple-chasing steed. As many 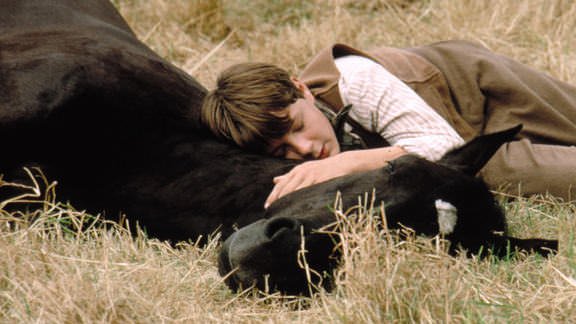 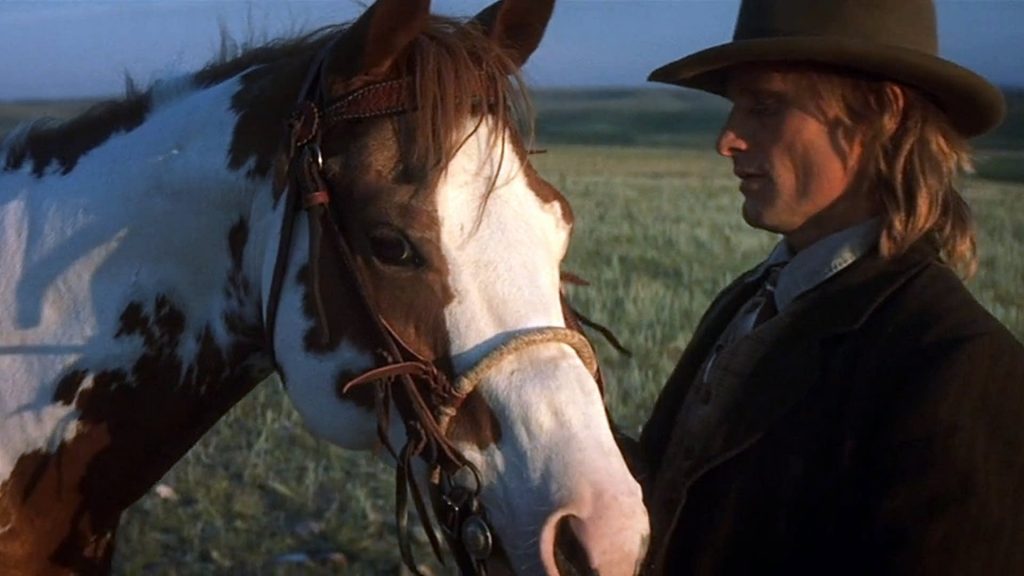 While 5 different horses played Hidalgo, TJ was the one that stood out to Viggo Mortensen, enough so that he purchased the horse. 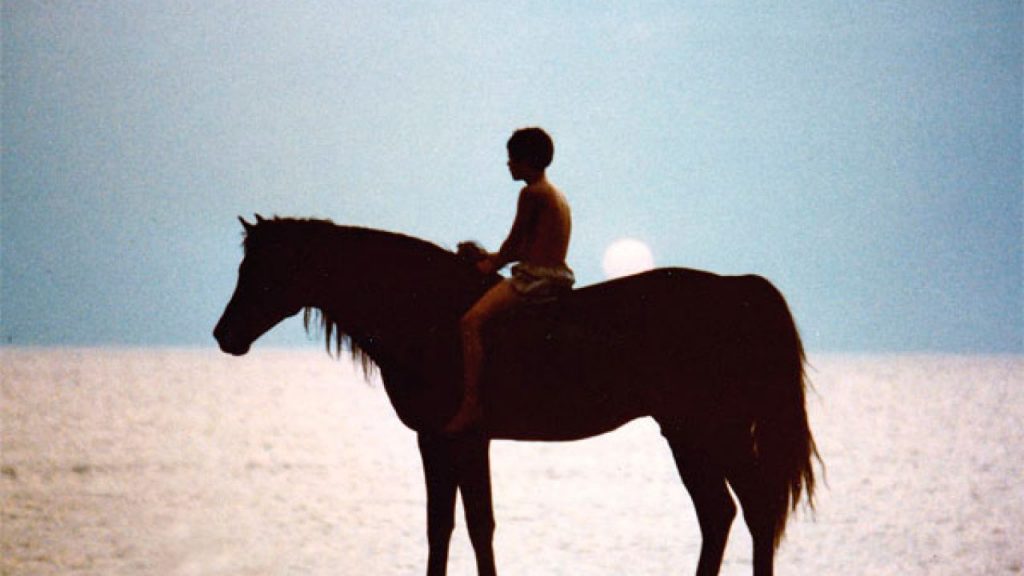 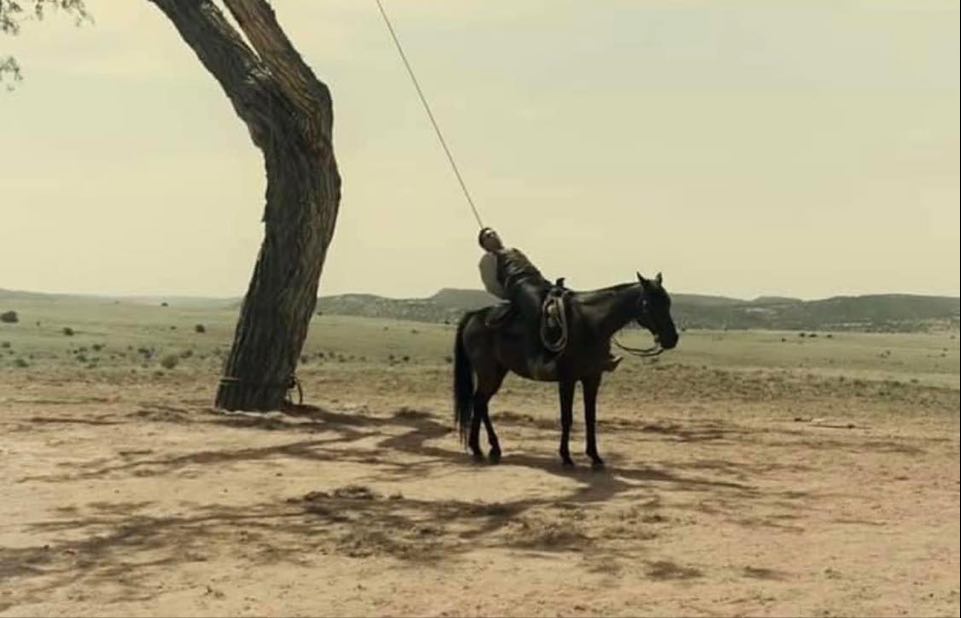 Dallas- The Ballad of Buster Scruggs

If a picture was worth a thousand words… James Franco’s character,  an ill-fated bank robbing cowboy, finds himself in a precarious position as he is about to be hung for his crimes. His life depends entirely on his horse standing still.

Dallas may not have planned on being a movie horse, but after spending some time working with this ”project horse’, Dutch Lunak of Montana knew he had found another film industry candidate. 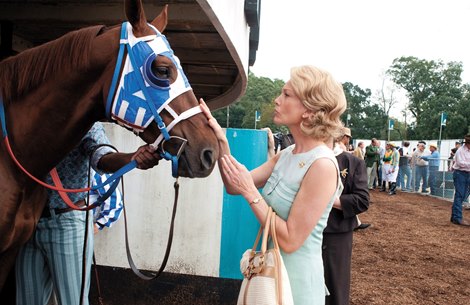 Bowing a tendon ended his career as a race horse early but he has found success as a movie horse and catalogue model. Winning a Secretariat ‘look-a-like’ contest helped land Trolley Boy his roll as one of the horses playing Secretariat. ‘Big Red’ is even related to Secretariat himself and is his great-great grandson. 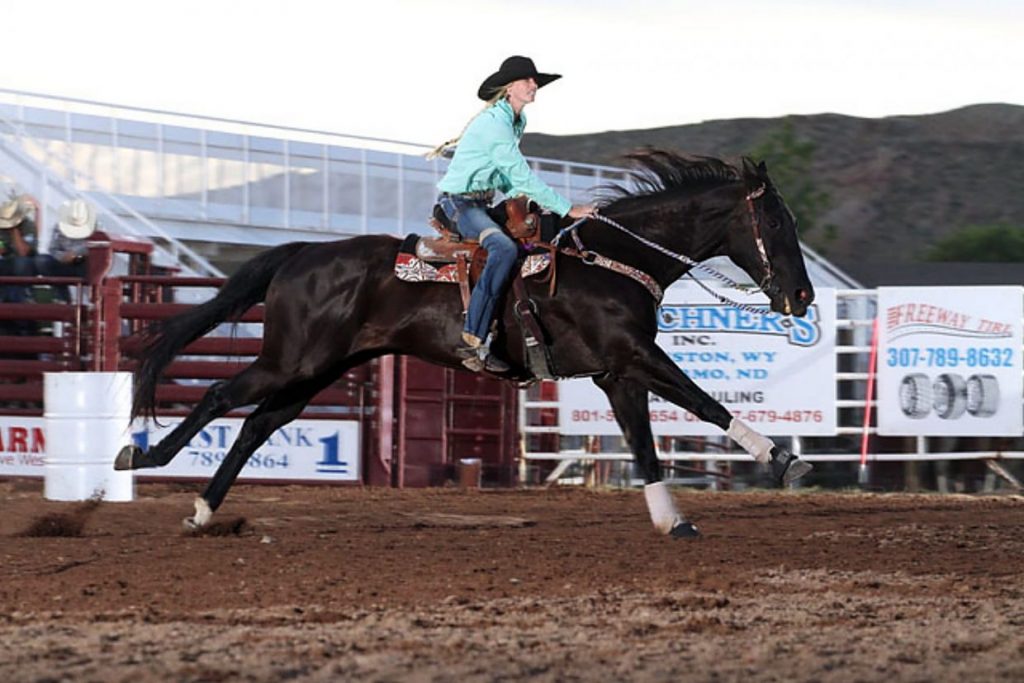 This uplifting movie, based on the true story of Amberly Snyder, uses the real live Power to play himself.  A young rodeo star, Amberly is paralyzed in an automobile accident  and gives up on 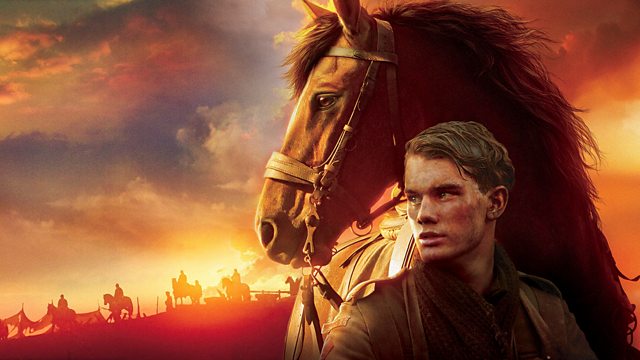 Finder perfects the role of Joey, depicting a time of modern war in which horses and machines are both used to fight. This role required a horse that could look stressed and reactive yet simply be executing the needs for the scene. Finder was just the horse for the job. 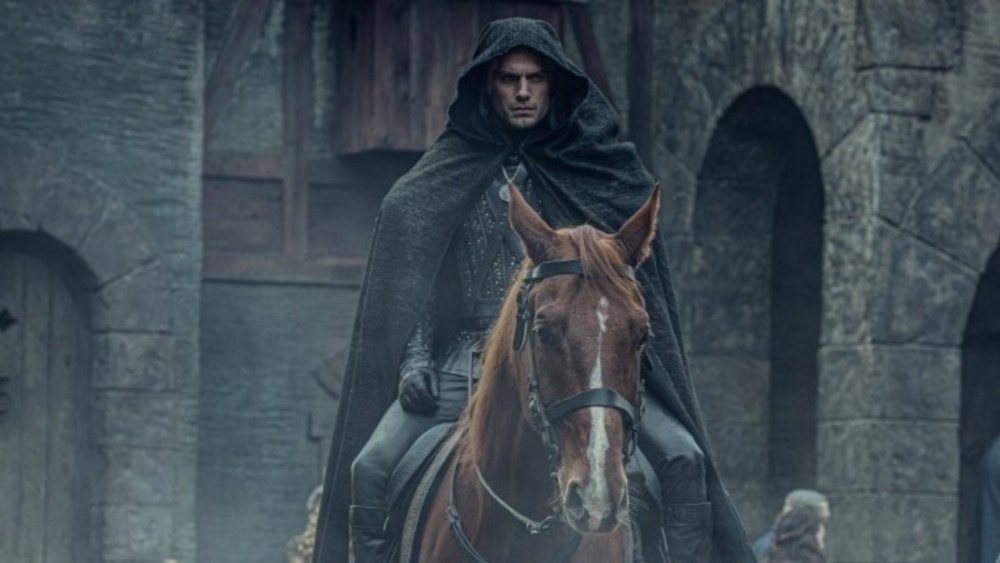 If you are a fan of The Witcher, you will know the importance of Roach, the red mare that packs Geralt of Rivia (played by Henry Cavill) around the country to slay dangerous monsters. Zeus, (pronounced zey-oos), is the steadfast gelding entrusted with the role as Roach. Roach is Geralt’s best, and sometimes only, friend. 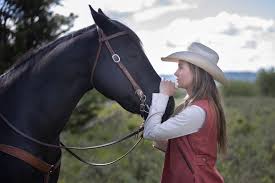 Stormy plays Spartan in the family friendly series, Heartland. Stormy began his career as an equine actor on the first season of Heartland. Stormy proves to be a perfect all-around horse as not only a competitive jumping horse, go to ranch horse, but also a skilled liberty horse. 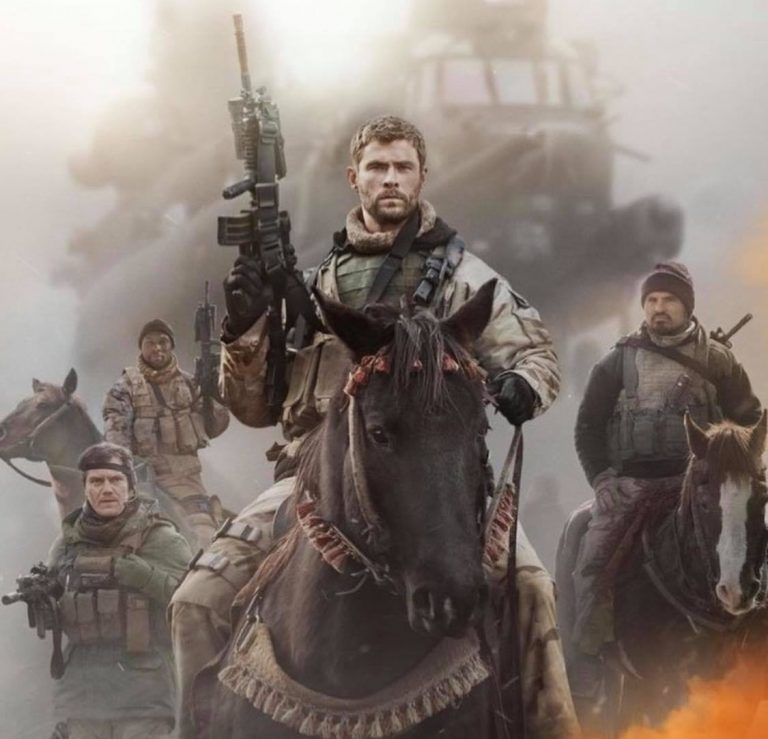 ReinMan, another ‘project horse’ turned equine movie star by Dutch Lunak, is Chris Hemsworth’s mount in the epic 12 Strong, a movie based on the true story of Green Beret’s becoming horse soldiers to fight the Taliban in Afghanistan after 9/11.